Over 7 million adults between the age of 21 and 64 have some form of visual disability in the U.S in 2014 according to Census Bureau statistics. Out of that number, almost 60% were unemployed and only around 27% had full-time employment. This is a heartbreaking statistic.

So it is no surprise that the feats and stories of people with visual impairment who are able to succeed in the mainstream community are inspiring. Alongside with these successes are the companies and technology that work to provide these possibilities.

Chen grew up with limited eyesight – he was able to see light, make out colors and vague shapes. He underwent multiple surgeries to improve his condition; unfortunately, Chen completely lost his sight as the result of complications from his previous surgery at 16 years old.

Although completely blind, Chen had a number of academic and professional successes. Chen has degrees in computer science from both Harvard and Berkeley. He was an intern at AT&T and went on to work for Xanboo Inc. as systems engineer. He became interested with patent laws and pursued a J.D. degree at Fordham Law School. After earning his degree, Chen worked for two years as a patent and trademark attorney. In 2010, he joined Google as patent counsel and for 6 years he supported the company by providing legal counsel overseeing matters related to Chrome and Google’s social products.

He best described his role as “the quarterback or the general counsel of the product from a legal perspective.”

“I found a way to get all the information I need to get by making devices talk to me.” – Jack Chen

Throughout his life, Chen had to navigate without depending on his vision. He relies on his other senses to get work done. He uses a screen reader and Text-to-speech (TTS) function on his phone to read text out loud. To increase his efficiency, he listens to text read by the device at 620 words per minute, a pace that is highly incomprehensible to untrained ears.

My main accommodations include a computer with a screen reader. Much of my work is reading and writing, so the screen reader has given me most of what I need to work effectively. Other accommodations have included my own office to avoid excessive noise (I don’t use one now), headsets to listen to my computer without disturbing others, and OCR software to convert print and graphical documents into text. I have recently been provided with an assistant to help me be even more effective than I am now. (Chen)

Jack Chen is not the only blind lawyer who has made a mark publicly. We also have Haben Girma and the international human rights lawyer Chen Guangcheng.

Man often becomes what he believes himself to be. If I keep on saying to myself that I cannot do a certain thing, it is possible that I may end by really becoming incapable of doing it. On the contrary, if I have the belief that I can do it, I shall surely acquire the capacity to do it even if I may not have it at the beginning. —  Mahatma Gandhi 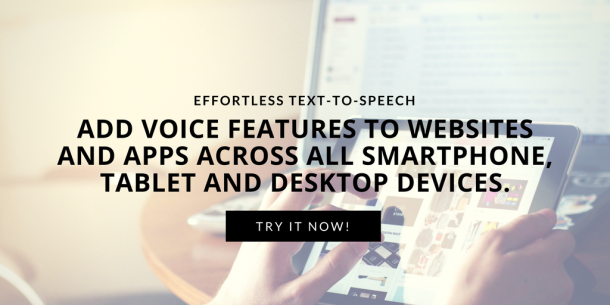